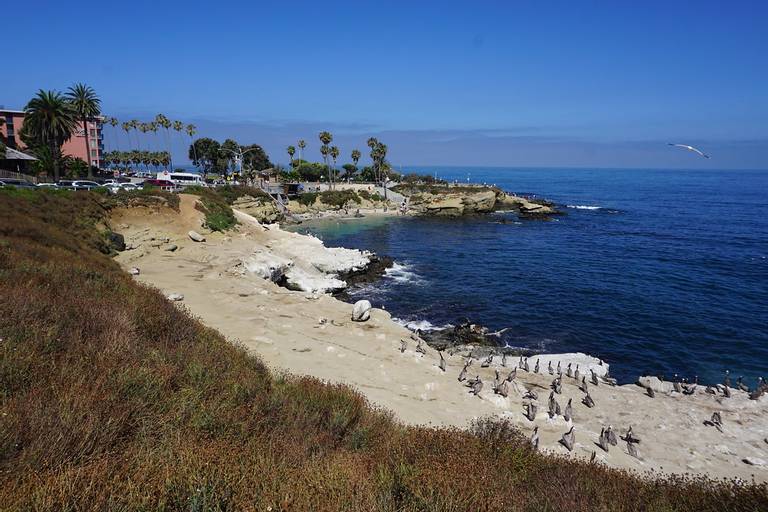 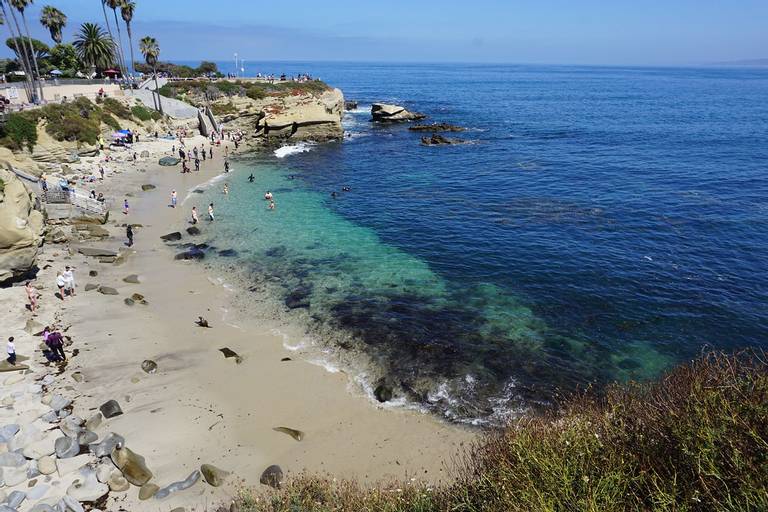 La Jolla Cove is a family-friendly, beautiful and safe and small sandy beach in San Diego. It's a pretty and safe place for both adults and children to visit in the summer. This beach is so pretty that you can spend hours stuck up in its enchantment! It's around 0.28km in length, which is super small. In peak summer months it can be difficult to stake out a peaceful place on the sand because it's a popular spot. The views are amazing and the weather is usually nice.

There is parking space nearby, although it might be a bit harder to find a space on the weekends or during peak months.

Things to do on La Jolla Cove

The water here is suitable for fishing.

July, August, September, October are the best months to visit La Jolla Cove and other beaches in San Diego, because that's when the temperatures are warm and there's probably less crowd (not guaranteed).