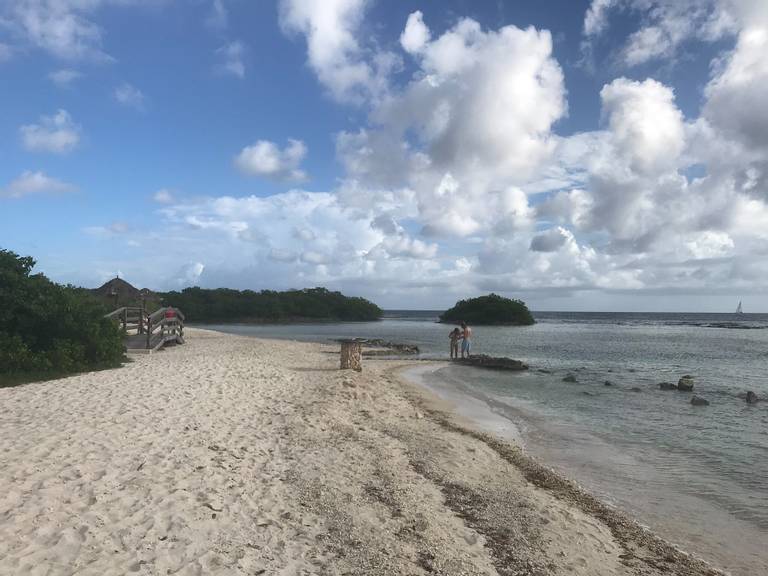 Mangel Halto Beach is a family-friendly and small sandy beach in Savaneta. It has clear water. You will find that the water here, as with many of the other Savaneta beaches is clear and extremely inviting. It's around 0.42km in length. It is never crowded here.

There are chairs for rent, shades, and umbrella for rent.

Things to do on Mangel Halto Beach

The water here is suitable for swimming and snorkeling.

April, May, June, August are the best months to visit Mangel Halto Beach and other beaches in Savaneta, because that's when the temperatures are warm and there's probably less crowd (not guaranteed).