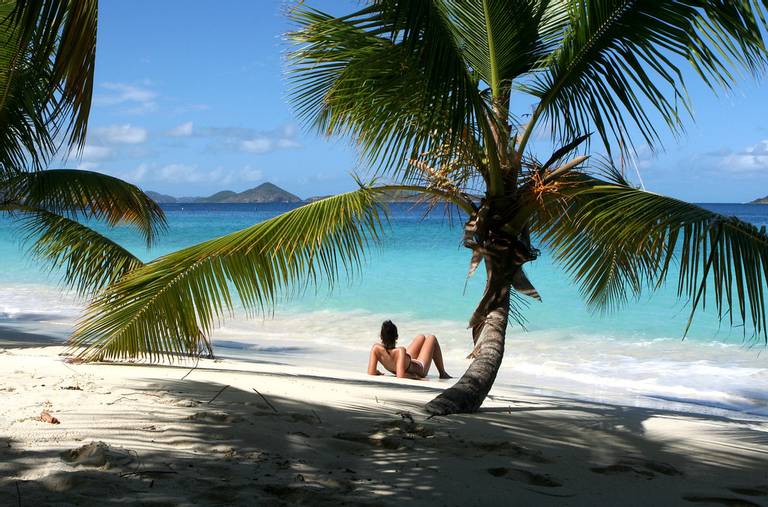 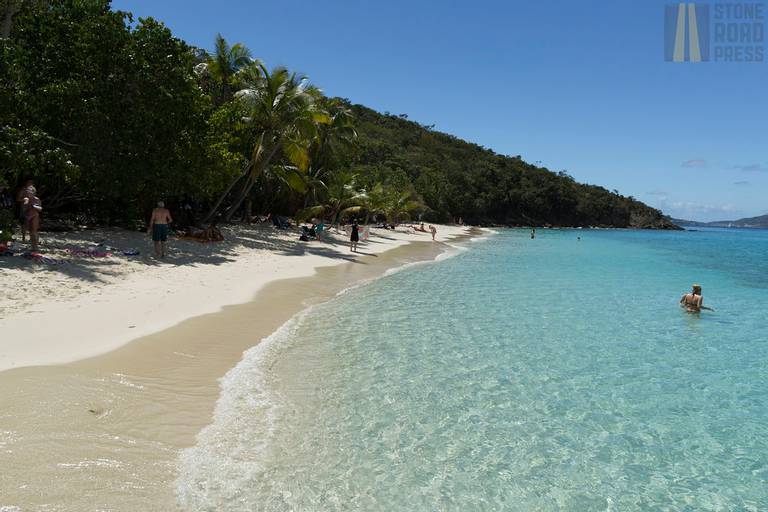 Salomon Beach is a pristine, beautiful and clean and small sandy beach in Cruz Bay. It has clear water, and easy access. The water there is crystal clear. This beach is so pretty that you'll spend hours here! It's around 0.31km in length with some shades to shelter from the sun. The views are amazing and the weather is warm all year round.

There are some shades to protect yourself from the sun.

January, February, March, April are the best months to visit Salomon Beach and other beaches in Cruz Bay, because that's when the temperatures are warm and there's probably less crowd (not guaranteed).